What’s Next with the Business Interruption Cases Pending Across the Country? 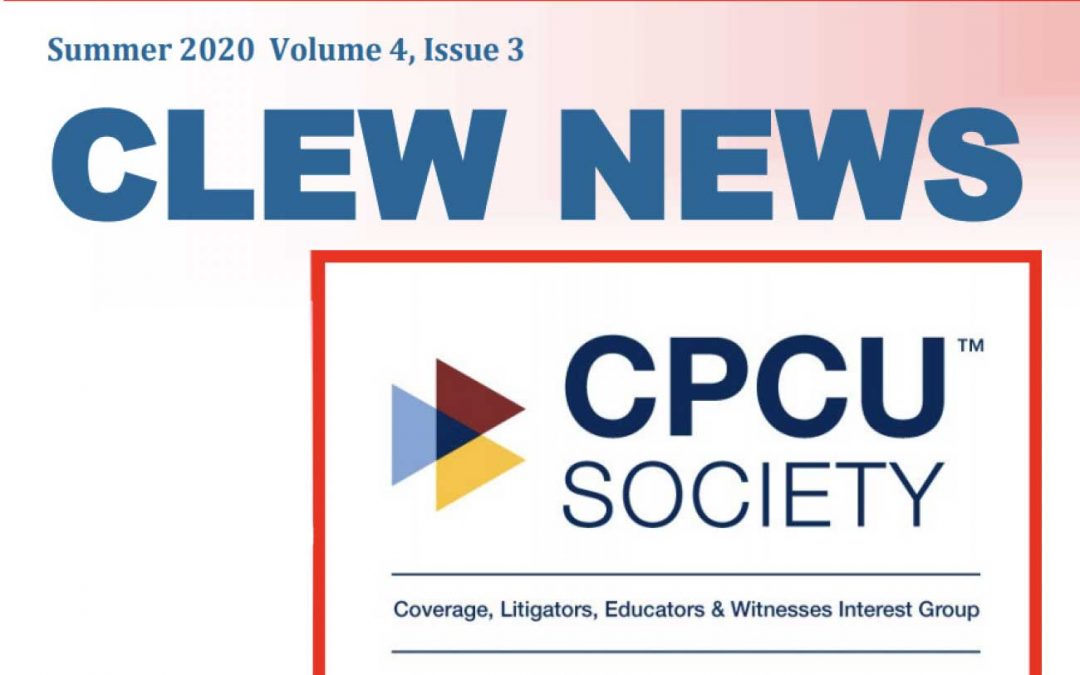 One of the most talked about insurance coverage issues relating to COVID-19 is whether there is coverage for business income loss a/k/a business interruption. Numerous lawsuits have been filed across the country, many of them class actions.

No decisions have been reached on any of these cases. However, insurers have moved to dismiss several of these cases. As of this writing, the Plaintiffs have not yet filed their opposition to the motions to dismiss. I will review the arguments by the insurers in three cases, pending in three different jurisdictions.

Royal Palm Optical sued its insurer State Farm seeking coverage under the Loss of Income and Civil Authority coverages contained in the policy it was issued by State Farm. It seeks coverage for its losses “as a result of social distancing and/or stay-at-home orders issued in connection with the COVID-19 global pandemic” caused by the novel “coronavirus.”

State Farm further argues that “ To impose liability retroactively for an excluded peril, as Plaintiff asks the Court to do, would arbitrarily impose an inequitable burden on State Farm and other insurers to cover a risk that their policies explicitly and unambiguously informed policyholders was not covered and for which the insurers did not charge a premium. Such a result would contravene settled Florida law in insurance cases and would violate State Farm’s due process rights and other constitutional guarantees.”

Various restaurants and bars in Wisconsin, Minnesota and Tennessee brought a class action lawsuit against Society Insurance seeking coverage for loss of business income and extra expense resulting from the suspension or reduction of their operations after the Governors of each state issued orders related to the COVID-19 pandemic. Society Insurance maintains that the plaintiffs’ premises and property were not physically damaged or destroyed and further that the plaintiffs were allowed to provide takeout and delivery service and were not prohibited from accessing their premises or producing their products under the Governors’ orders. Society Insurance argues that there is no coverage for the following reasons:

• No Business Income or Extra Expense coverage because plaintiffs have not suffered a direct physical loss of or damage to covered property;

• No Civil Authority coverage because plaintiffs’ alleged loss of business income was not caused by civil authority that prohibited access to Plaintiffs’ premises in response to either (a) damage to other property or (b) dangerous physical conditions;

• No Contamination coverage because Plaintiffs’ alleged loss of business income was not caused by:

υ contamination which resulted in action by a governmental authority that prohibited access to the premises or production of products,

υ a contamination threat, or

υ publicity resulting from the discovery or suspicion of contamination; and

• The “Sue and Labor” Clause of the Policy is inapplicable to Plaintiffs’ claims.

Plaintiffs allege that as a result of the Governor’s Directives regarding COVID-19, their restaurants were forced to suspend business operations and suffered losses, which they allege are covered under the business income loss and extra expense coverage in their policies.

U.S. Specialty argues that there is no coverage because the policy only applies to losses or expenses incurred directly and solely as a result of a covered “Insured Event,” which the plaintiffs have not alleged. “Insured Event” is defined as “Accidental Contamination,” “Malicious Tampering,” “Product Extortion” or “Adverse Publicity,” which are further defined in the policy, as follows:

ACCIDENTAL CONTAMINATION Any accidental or unintentional contamination, impairment or mislabeling of an Insured Product(s), which occurs during or as a result of its production, preparation, manufacture, packaging or distribution — provided that the use or consumption of such Insured Product(s) has resulted in or would result in clear, identifiable, internal or external visible physical symptoms of bodily injury, sickness, disease or death of any person(s), within three hundred and sixty five (365) days following such consumption or use.

MALICIOUS TAMPERING Any actual, alleged or threatened intentional, malicious, and wrongful alteration or contamination of the Insured’s Product(s), whether or not by an employee of the Insured, so as to render it unfit or dangerous for its intended use or consumption or to create such an impression with the public. ….

PRODUCT EXTORTION Any threat or connected series of threats to commit a Malicious Tampering, for the purpose of demanding Extortion Monies, communicated to the Insured.

ADVERSE PUBLICITY Any Adverse Publicity which is subsequently found to be baseless by reason of the absence of any physical evidence from any source whatsoever, that an Accidental Contamination (as per Section 1.1 above) has occurred.

U.S. Specialty argues that the plaintiffs’ restaurants did not suffer any of these events and thus, the insuring clause is not triggered.

The decisions on these cases and other similar motions in the other pending actions will provide us with the first glimpse into what the courts will do regarding coverage for the COVID-19 shut down. The first of these decisions will likely come out in the late summer or fall.